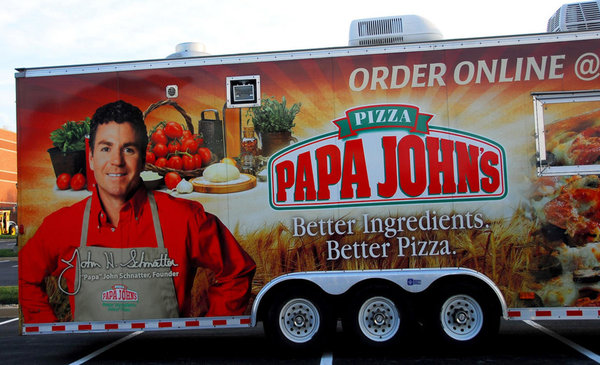 Mark Ritson is right when he asserts, “Founders are inseparable from the brands they create.” And sometimes that’s a problem. In January, John Schnatter, founder of Papa John’s International will step down as CEO, weeks after making controversial remarks about the U.S. National Anthem protests by NFL players.

In November, Schnatter blamed poor sales performance on the NFL’s leadership (Papa John’s is a top sponsor and advertiser). He believes the practice of players kneeling during the anthem to raise awareness of police brutality and social injustice hurt the NFL’s ratings, which hurt sales of his pizza.

Lately, it seems every issue is highly polarized, which is why founders and brand leaders need to be careful when taking a position. In a polarized argument, neither side is disposed to contextualizing rational information, so no matter what logic or explanation is given for an opinion, the argument will almost always be met with outrage from one side.

And the climate right now seems to be especially difficult for founders and brand leaders who may lean conservative.

Schnatter will be succeeded by COO Steve Ritchie, who said, “I want to put the focus back on our people and pizza.” Which is where it should have been all along.

The power of brands lies in focus. When founders stray they put their brand’s value at risk.

Mark Di Somma eloquently puts it this way, “Brands need to focus on the things that mean something: how do we help people, and why should they look to us for that help? This seems like a great time – perhaps the best time – to focus on that.”

The sensitivities of our times require all brands to stay on course and resist the pull of political controversies. If politics are not part of the brand DNA don’t lead with them. Make all of your stands for things that matter to your target customers.

25 Must Read Articles For Stronger Brands