When the workers of the Norsk Hydro PVC plant in Stenungsund on the west coast of Sweden came to work in the early morning one day in 1996, a young man in an orange overall was chained to the factory gates as though crucified. Journalists and TV crews were already in place. This was just one of many actions that Greenpeace took during that year to fight the usage of chlorine and other toxins in the manufacturing of PVC. This plastic material is widely used in many industries and high on Greenpeace’s list was its use in packaging, building, the automotive industry and medical applications. Because of the dioxin released when PVC is incinerated or burned, Greenpeace wanted to ensure that the highly profitable plant would be closed.

The factory management quickly produced a full page of text in the regional newspaper, GT, where they tried to explain that PVC is not at all dangerous when treated correctly. Unfortunately, they used a lot of words to say very little and, as Greenpeace had hoped, Norsk Hydro’s effort just made things worse. Instead of a well-reasoned and informative explanation, their response looked exactly like typical cold-hearted and cynical industrialists desperately trying to defend themselves.

I was called in as a branding and communications consultant to help the Norsk Hydro management team. The first thing I did was to explain to them how communication works. I felt that this seemingly obvious step was necessary because most of the management team was made up of engineers and business administrators who had never needed to know how to manage perceptions in people’s minds.

In A Brand Crisis Do The Unexpected

I suggested that instead of continuing to do what everyone expected them to do – explain with facts – Norsk Hydro should do the opposite and actually attack Greenpeace using their own methods. Instead of reacting and defending, they could break both their own expected pattern and the pattern of the common view on plastics as something we just use and carelessly throw away: waste without value.

I had two ideas on how they could break this pattern of perception in people’s minds, about plastic in general and PVC in particular. The first idea grew serendipitously from a meeting I’d had a few weeks earlier with a Swedish artist named Carouschka. She had told me that she wanted to create an exhibition about plastics inspired by a huge collection of everyday plastic items that a Stockholm advertising art director has accumulated. Carouschka wanted to add to his collection and create a major plastics display at the most visible cultural venue right in the heart of Stockholm, Kulturhuset. However, financing was an issue.

Therefore, I asked Norsk Hydro if they would consider funding it, pointing out the opportunity of breaking the pattern of what Norsk Hydro, plastic and PVC stood for at that moment in time. They agreed and within a month the exhibition was successfully launched. It gathered a lot of attention from the media and culturally influential people within Sweden and prompted one of the top cultural journalists to write the headline ‘Plastic – the modern gold’ in his review of the exhibition. In one stroke of the media, plastic was transformed into something with cultural and artistic value. And the centerpiece of the exhibition was a plastic bag containing blood, hanging from its hook and ready to deliver a life-saving blood infusion to a model human arm. Despite the toxins emitted when waste PVC is incinerated, its use is invaluable in medicine and it is the only material that can contain blood without risk of contagion.

The second activity I suggested also worked towards the goal of supporting a sense of value instead of waste. This activity was to immediately start a recycling program for plastics in Sweden. Convincing the engineers and economists in the management team to do this was a tough proposition for two reasons. First, the art exhibition was much easier to buy into, because there was already a plan in place that simply needed to be put into action.

A recycling program would need to be built from nothing. The second reason was that the recycling of plastics was technically difficult to manage and was not considered economical. I had to turn to the universal communication model once again to explain that the recycling had nothing to do with making money, nor did it even need to carry its own cost. Instead, it was symbolically essential to help people perceive plastic as something with its own value, as opposed to something worthless that you just throw away when you’re done with it.

The amazing and unexpected result of all this was a kind of truce that developed between Norsk Hydro and Greenpeace. It became the story of how non-profit organizations like Greenpeace, who had initially lobbied for a total European Union ban on PVC, had a serious impact on commercial companies like Norsk Hydro. This impact created a gamechanging effect in the PVC business that began in Sweden and quickly spread around the world. It fundamentally changed the industry’s approach and launched the drive to develop a sustainable business strategy and the development of PVC manufacturing techniques that replaced the toxic and poisonous ingredients with stabilized and non-toxic alternatives.

We have very clear, stereotyped expectations about how an industry should act in crises: first with silence, followed by denial, attempts to explanation or threats. Simply breaking that expected pattern creates the possibility for you to find your way out of the crisis with the respect of your opponents and with limited damage. It’s not enough today to turn around and admit a mistake. Now, you have to offer good reasons that explain your past choices and find a way to repair the damage caused by corporate mistakes. Which in turn are usually caused by the wrong corporate culture. As with the Norsk Hydro case, it may even be possible to turn a crisis into an acclaimed success by bringing people together.

The Drivers Of Viral Brand Messaging

The Age Of Human-Centric B2B Brands 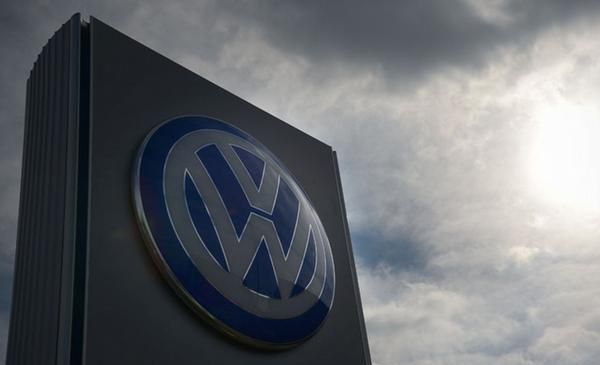