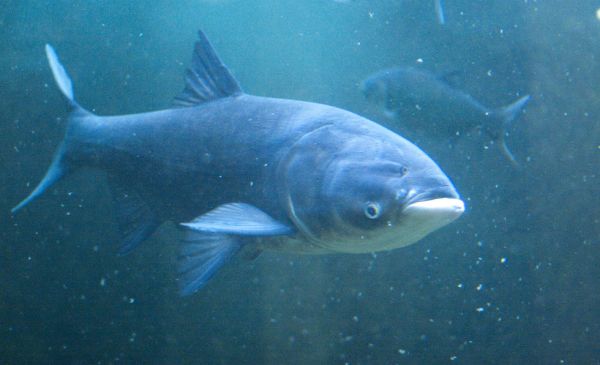 Think of it as “Extreme Makeover, Aquatic Edition.” Asian carp, scorned as inedible and hunted down as vanquishers of native species, are being taste-tested under new names on menus from south to north.

The background: Asian carp were imported to the southern U.S. in the 1970s to suck up scum from catfish ponds. But they’ve become monsters in the eyes of many as they have migrated North. They can grow to 100 pounds, multiply like guppies, and tend to leap crazily out of the water, bruising and breaking boaters’ bones.

The fish got a lot of attention once they migrated up the Mississippi River and broke through an electric barrier designed to keep them out of Lake Michigan.

State and federal governments have doled out millions of dollars to various agencies to eradicate them. But too little attention has been given to a rebranding solution: Eating the Asian carp out of existence, or at least making a dent in the population.

“People are renaming these poor fish because of the American people’s prejudice against the name carp,” observed an economist at Kentucky State University. “We’re trying to break that mindset and find a name that sounds more appetizing. Right now the field is wide open.”

By the way, in China and Vietnam, carp have been farmed and considered delicacies for millennia. But Americans confuse the foreign invaders with the bottom-feeding, stronger-tasting common carp. The Asian carp mainly eat plankton, not garbage on the floor of rivers and lakes. Their flesh is not high in mercury, and is rich in healthy omega-3 fats.

This rebranding approach has worked before. Few people in the United States ate the scary-sounding Patagonian Toothfish until marketers renamed it Chilean Sea Bass. It became so popular that over-fishing is now a problem. So why not Shanghai Bass?

Branding Strategy Insider has another example of fish rebranding here.