Yesterday, I splurged on an expensive hair treatment that promises to give me frizz-free hair for 12 weeks. I first learned of this treatment a year ago, but rejected it as a frivolous indulgence at $350 a treatment. But when I was told of a $129 price promotion on the same treatment, I immediately said, ‘Sign me up!’  Now at $129, frizz-free hair is still a frivolous indulgence — but think of the ‘value’!  A similar mechanism was at work last month when I spent more than I intended to on a car. The more expensive car had a higher discount. How could I pass up the greater ‘value’, even if it was costing me more?

As marketers we know consumers do not always behave rationally. That’s because value is perceived, and price is just one part of the value equation.  Our skill as marketers is often measured by how effectively we enhance a product’s perceived value and thereby contribute to maximizing revenue and profit.

It’s chic to be cheap and frugality is fashionable.

Getting consumers to part with discretionary dollars has been especially difficult the past few years. The Recession made even those consumers not affected by job loss or stock market crashes more interested in savings. In 1973, price consciousness was found to be inversely related to social class (income).  I doubt those findings could be replicated today.

Many marketers have responded to the increased consumer price sensitivity with increased discounting. Coupon use exploded with 25% more coupons redeemed in 2009 than a year earlier.  94% of shoppers used coupons to buy consumer packaged goods products at least once in 2009; 77% said they used them regularly.  According to Nielsen, 30% of all grocery products are now purchased on deal.

The runaway success of Groupon, Gilt, Living Social and other social couponing services over the past two years is no doubt related to consumers’ increased need to feel like smart shoppers.  Deep discounts are an incentive to splurge on something you might otherwise not have tried. Little wonder marketers are using these services encourage trial of restaurants, spas and yes, frizz-free hair treatments.

Communicating the low price of beans without giving away the farm.

Over reliance on price promotion can result in serious damage to brand equity over the long run. Are there other ways to enhance value perceptions that don’t include deep discounts?  Here are some surprising studies that suggest there may be other options.

1. Reinforcing value perceptions by raising the price. While it may seem counter-intuitive, value perceptions may be enhanced by higher prices. In one experiment, when a restaurant priced its dishes made from local ingredients the same as its non-local selections at $5.50, customers showed no significant preference for either option. But when the local food selection was priced slightly higher at $6.50 (+18%) more customers picked the meal made with local ingredients. The researchers concluded, “The higher price of the local dish was an indicator of higher value, so customers were comfortable with a slightly higher price for the local food.” It’s worth noting that there is a limit to this effect, however. When local menu item prices were increased to $7.50 (+36% vs. the non-local foods), more customers chose the regular menu foods.

2. Reinforce value by offering a more expensive alternative. A well-known menu pricing strategy is to offer a few absurdly expensive items that no one buys in order to make customers feel more comfortable with the mid-range priced items. The chicken seems like a great value in comparison to the lobster. Just think about it, how many times have you ordered the most expensive wine on the menu?  Probably never. Other menu-related strategies include mixing up the expensive and inexpensive items and leaving off the $ signs to distract customers from thinking about the price when deciding what to order. This same psychology works at a designer clothing store. I am more willing to pay $49 for a plain t-shirt in stores where other items cost considerably more, than I am to pay the same amount for a t-shirt at the GAP where other items cost considerably less.

3. Reinforce value by offering a less attractive alternative for a similar price. This ‘decoy’ strategy was famously described by Dan Ariely in his book, Predictably Irrational.  A series of experiments demonstrated that many more students would opt to pay $125 for a bundled Print and Internet subscription to the Economist when it was offered alongside two options – Internet only for $59 and Print only for $125 – than when offered just one option – Internet only for $59. The mere presence of the outrageously unattractive option of Print only for the same price as the bundled option, made the bundle appear to be a relative steal.  The same psychology explains the success cosmetic companies experience when they offer a high value gift bundle with a minimal purchase.  (Valued up to $30!). Neither the purchase nor the gift would appear to be as good a value on its own.

4. Create expectations of higher future prices.  When I anticipate higher gas prices tomorrow, I’m happy to fill up at today’s prices.  Likewise, consumers anticipate they will regret not taking advantage of a sale price, and this can affect their purchase decision today. In one experiment, consumers were asked to anticipate how they would feel if they passed up a current sale and learned later that the price was higher. These consumers were more likely to make an immediate purchase than to wait for a better price than those who were not asked to anticipate a future price increase.  No doubt, this reasoning lies behind many impulse purchases at Costco and Sam’s Club. Buy now and save!

5. Include a high, but plausible, reference price when making a sale offer.  By including a high reference price, a sale can actually influence a brands’ perceived value and increase the likelihood of a purchase. While many consumers are skeptical of high advertised reference prices and tend to discount them as unrealistic, research shows they can still exert a strong influence on value perceptions. One experiment offered participants a TV for $319, and an advertised reference price (ARP) of $799. Although most indicated they believed the ‘was $799’ price to be an exaggeration, the offer looked so good these subjects were less likely to spend time searching for a better deal than those offered a $319 TV with no ARP or a lower ARP.  This effect only works to point, however. Those offered the lower sale price of $279 for the TV with the same $799 ARP simply thought the deal was too good to be true.

6. Match the reference information to the size of the discount and the decision ‘context’. In another study, students were asked to evaluate the perceived value of a blue, long-sleeved oxford-cloth, button-down dress shirt offered for sale at $24.99.  Some students were provided ‘regularly priced’ reference prices as high as $62.50 and others were told the original price was as low as $27.99. Others were offered no reference price at all.  Some were given ‘compare at’ reference prices at other stores. Finally, some were asked to imagine they were looking at newspaper ads at home, while others were asked to imagine they were in the store.  The study found students were most interested in any reference price information when the discount is moderate (neither very high nor very low).  This makes sense, when the discount is negligible the reference information doesn’t matter much. When the discount is extreme, it doesn’t matter, either. ‘Compare at’ relative price information is only relevant before you shop. It has no impact on value perceptions once in the store. Likewise, the ‘regularly priced at’ relative price information is most relevant in the store, not when you’re at home looking at the newspaper.  Perhaps this explains why I so rarely avail myself of the in-store price check kiosks. Once I’m at the store, comparative prices are less important than the size of the discount.

Pricing should be creative, too.

Innovation is not limited to Product, Place and Promotion — it can also include Price.  Knowing consumers are not always rational suggests marketers should get more creative in their efforts to influence value perceptions.  As a market researcher, I am surprised at how seldom we are called upon for pricing research.  As just these few examples show, there are many more options in the marketer’s toolbox than coupons and discounts. A little creativity can have a big payoff. 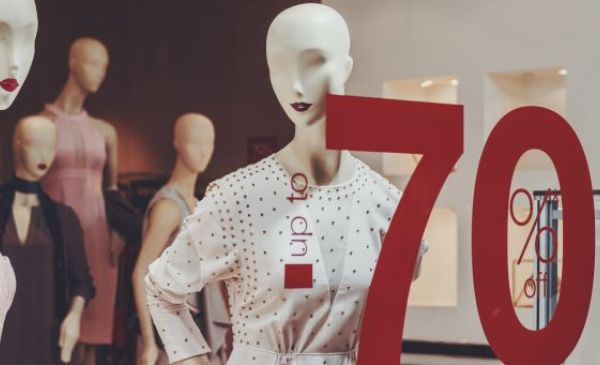 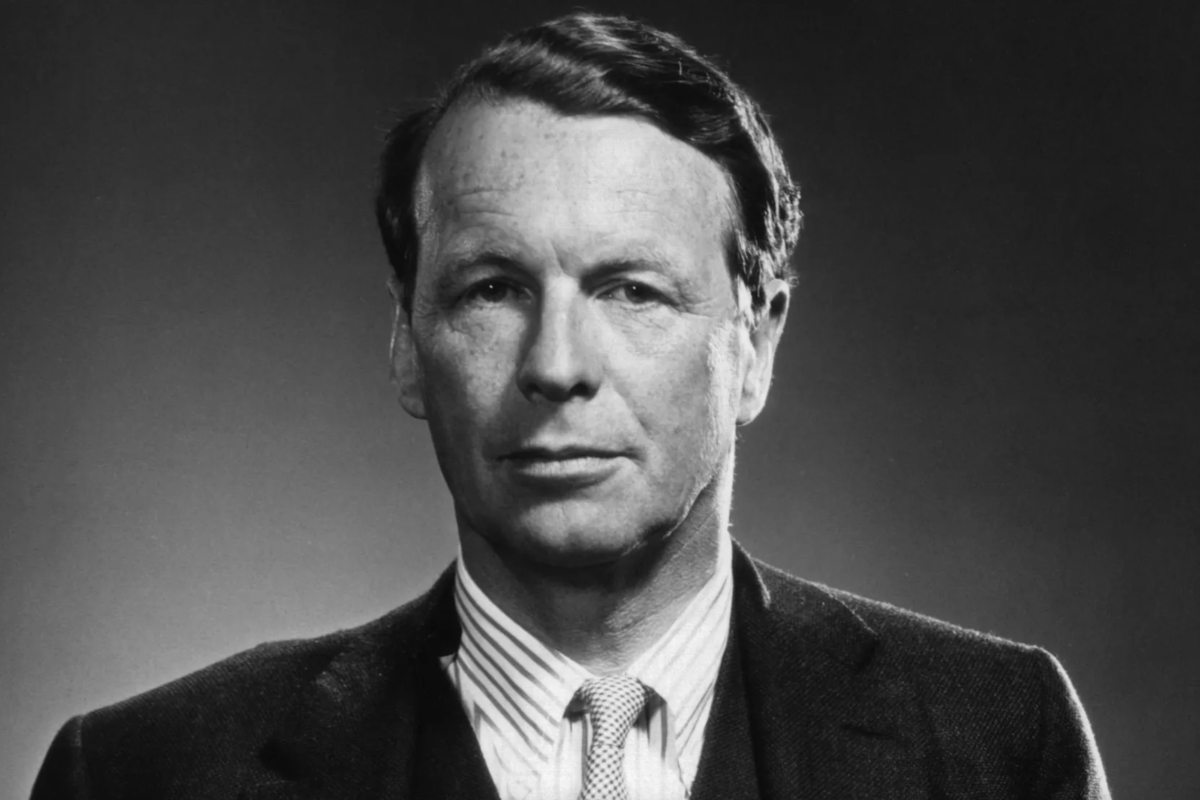 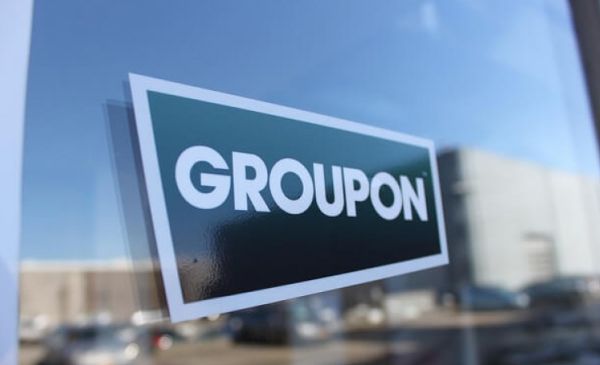