How good are you at predicting the future? That’s what “trust” is, really. A prediction about whether or not someone will live up to your current expectations in the future.

The prediction is actually a near-instantaneous subconscious calculation based on a long list of inputs, including the person’s word choice, tone, facial expressions, body language, proximity, overall appearance, etc. It’s all pretty subtle, yet most people are pretty good at quickly determining whether or not someone can be trusted.

Why? Experience. By the time we reach adulthood we’ve run the “trust” calculation thousands if not millions of times, tweaking our mental formulas, making them more and more accurate each time. And if we have history with a specific person, our predictions about them get better still, as we know that people don’t act randomly. They tend to say and do things that are similar to what they’ve said and done before.

Interestingly, when our calculations are wrong, the way we update our “algorithm” differs depending on which way we were off. If the error leads to our disappointment (i.e., we trusted someone too much), this new, negative information has enormous weight in our trust calculation about that person moving forward (meaning it’s much harder for us to trust them after they fail us).

However, if the calculation leads to the opposite, and we are “pleasantly surprised” when we were expecting the worst, this new data is not nearly as influential in the future. Which is why it’s hard for us to believe that someone — be it a paroled felon or a former boyfriend/girlfriend — has truly changed.

Clearly, people do change, but thousands of years of evolution demanded that we protect ourselves in order to survive, so judgments were harsh, and second chances were few and far between.

It all comes together in the truism, “Trust takes years to make, a second to break, and forever to repair.”

It’s a saying that’s not just true for people, but also for businesses. It’s trust that allows a person to voluntarily hand over payment, expecting the company will live up to its promises. For the business, trust is the catalyst necessary to “close the deal” with a customer (and keep it closed). Without trust, why would these two parties enter into this “relationship”?

Indeed, a 2018 study by Survey Monkey found that 68% of U.S. adults say trust influences their decision “a great deal” or “a lot” when making a big purchase. This mirrors the 2016 Edelman Global Trust Barometer survey of more than 32,000 people, which found that 68% of adults are more likely to buy from companies they trust, 59% are more likely to recommend a trusted company, and 37% are willing to pay more when buying from a trusted company.

Trust dominates, even when things go badly and customers walk away from a company, with 41% doing so because of an issue of trust.

For businesses, trust is often encapsulated in the concept of a “brand.” That is, the broader relationship someone has with a company beyond the simple goods and services it sells. And, like any relationship, the most valuable brands are built on trust. To quote Keith Weed, CMO of Unilever for 35 years, at the 2018 Cannes Lions Festival of Creativity, “Trust is everything for a brand. A brand without trust is simply a product.”

And a product is certainly a lot less valuable than a brand. How much less? The annual Intangible Asset Market Value Study by Chicago-based valuation firm Ocean Tomo shows that intangible assets (e.g., patents, copyrights, franchises, trademarks, and trade names) have grown to represent 84% of the market value of S&P 500 companies (up from just 17% in 1975). A further correlation with Interbrand’s Best Global Brands showed that a full 25% of this intangible value can be attributed solely to the brand.

That means a staggering $6.4 trillion of U.S. market capitalization is entirely dependent on trust.

Knowing that, you would think that companies everywhere would put a premium on building and securing such a valuable asset. You would think. But the sad truth is that brand trust continues its decline.

Accenture’s Global Consumer Pulse survey of over 25,000 people in 33 countries discovered that a whopping 23% of customers trust companies “much less” today than they did five years ago.

Focusing just on the U.S., a study by McCann’s Truth Central unit found that 42% of Americans find brands and companies less truthful today than 20 years ago. But a 2019 study by the global media and advertising agency UM takes the cake, finding that just four percent of internet users believe what social media influencers say (often on behalf of brands) is true.

To put the situation into perspective, consider this: every year since 1973, Gallup has surveyed Americans to see how much confidence they have in major institutions, such as the military, the Supreme Court, organized religion, and corporations. Over the last three years, only an average of 20% of Americans had “a great deal” or “quite a lot” of confidence in big business, with a much larger 37% having “very little” or “none.”

All this mistrust isn’t just an academic observation. Loss of trust is driving real-world actions that are decidedly bad for business.

Today’s world is one where customers are more empowered than ever before. And a big part of that empowerment is the freedom to break up with a company if and when things go south. According to Forrester, 40% of consumers now have a high willingness and ability to shift their spending, with an additional 25% building that mindset.

To quote the report, “Today’s customers reward or punish companies based on a single experience — a single moment in time. This behavior was once a Millennial trademark, but it’s now in play for older generations. It has become normal.”

All too often that punishment means simply taking their business elsewhere.

The Accenture study found that 53% of customers in mature markets switched at least one of their providers in 2017, with 41% of U.S. customers doing so because of an issue of trust. Following a bad experience, some customers take a more moderate approach to the relationship and shift away only a portion of their spending. But almost half the time (47%), they immediately stop doing business with the company altogether.

Contributed to Branding Strategy Insider by: Ed Chambliss. Excerpted from his book A One-Legged Stool: How Shareholder Primacy Has Broken Business

The Blake Project Helps Brands In All Stages Of Development Earn A Place In The Future: Get actionable guidance from experts on Brand, Growth and Purpose strategy. 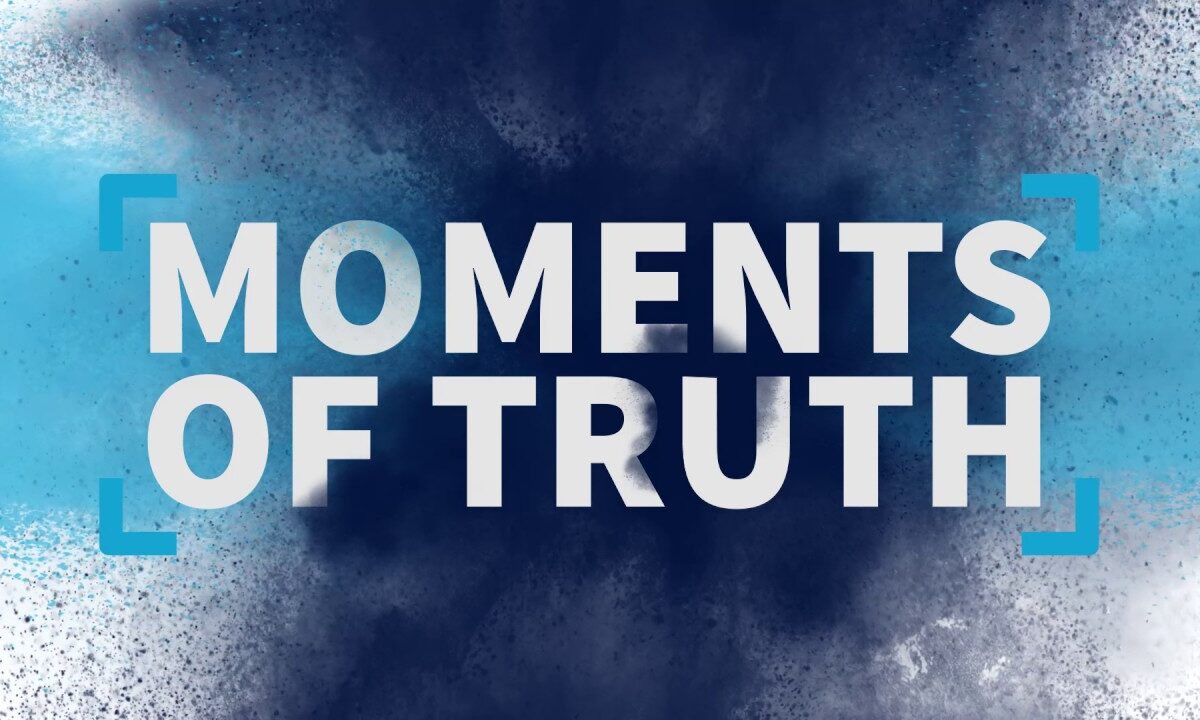