When leaders start an important new job, the media and pundits typically give them a 90 day grace period to learn about the organization. You’ll see listening tours and factory visits, quiet lunches, and deep-dive briefings as they try to grasp the organizational politics before laying out their future vision.

Matthias Muller doesn’t have that kind of time. Today marks the third day of his first full week at Volkswagen CEO, and time is of the essence. The organization lost $22 billion in market value in just two days last week as the emissions cheating scandal broke, affecting 11 million vehicles and tarnishing the company’s vaunted brand, perhaps permanently.

Restoring trust won’t be easy. Some product categories are more intimate than others. From a branding perspective, a car defines your identity publicly (you’re using it to signal to others who you are) and literally protects you and your body. If an envelope company cheated this way, you’d denounce their ethics. When Volkswagen does it, many of their ardent fans felt viscerally betrayed. Muller has a difficult – but not impossible – task ahead of him. Here are three things he needs to do this week to stop the spiral and get the company back on track.

1. Admit the severity of the problem. So far, Volkswagen has set aside $7.3 billion to cover expenses arising from their deception. Wrong answer. Between class action lawsuits, recalls, and the discounts that will be necessary to lure customers into buying new Volkswagens (who would want to, otherwise?), the damages are likely to be much, much greater. Muller needs to rip the bandage off now and show that he understands exactly how grave the problem is by giving an honest estimate of costs, not the current, absurdly low figure. The New York Times asked Kelley Blue Book to estimate the buyback value of defective cars just in the United States – a mere 5% of those affected. The cost? $7.3 billion. Try again, VW.

2. Show that it will never happen again. The next step in crisis management is to prove to customers, and the authorities, that a scandal like this will never happen again. One way to do this is bringing in an outside leader who is independent and beholden to no one. Sadly, VW has already failed on this score, since Muller – the former head of the VW subsidiary Porsche – is an insider with three decades at the company. With that decision already made, Muller should take the next best step and launch an exhaustive, independent investigation into the scandal led by trusted outsiders and serve as a complement to the inquiries the U.S. and German governments have already begun. Of course, VW is already looking into the problems internally. But they need to tap a trusted elder statesman (or stateswoman) to lead the charge – essentially, the German equivalent of former U.S. Senator George Mitchell, who led key projects on everything ranging from Middle Eastern peace to steroids in baseball.

3. Recognize that VW has changed irreparably. The automotive industry is the pride of Germany, and a key economic driver. VW is at the center of it all: it’s the largest carmaker in Europe and employs nearly 600,000 people. Yet all that has changed in the past week. Volkswagen shares are now down more than 60% from their March high, and Muller is taking the helm of a changed company. VW needs to recognize its new position in the world. Muller isn’t stepping in to run a swaggering powerhouse; it’s a humbled giant that will likely need to reinvent itself, organizationally and attitudinally, into the automotive equivalent of a ‘boutique firm.’ It will be smaller, less influential, and subjected to heightened scrutiny in all its future dealings for years. The new CEO must act accordingly and accept those strictures with grace.

Volkswagen’s scandal was egregious – less deadly than the cover-ups perpetrated by some automakers in years past, but perhaps more shocking because of its coldblooded and willful intention to deceive from the start. Few customers today will be rushing out to buy Volkswagens, but in order to prevent an even further plunge in market value, Muller needs to act fast to control the damage and reassure the public that the problems have been fully identified, a swift resolution is in the works, and that procedures are in place to prevent such malfeasance in the future. If he handles himself right in the next two days, he may be able to save the company.

Dorie Clark is a marketing strategist and professional speaker who teaches at Duke University’s Fuqua School of Business. As a former presidential campaign spokeswoman, she specializes in crisis communication and branding.

A Marketer's Guide To Navigating The C-Suite 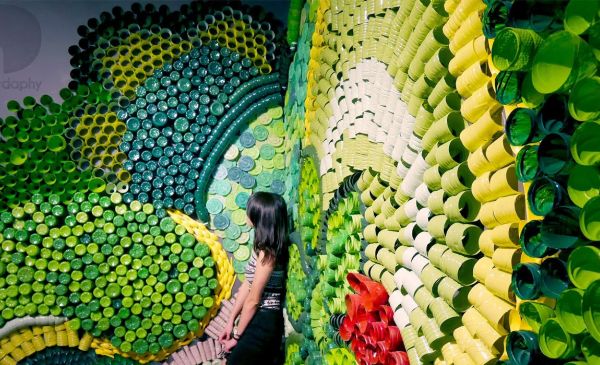