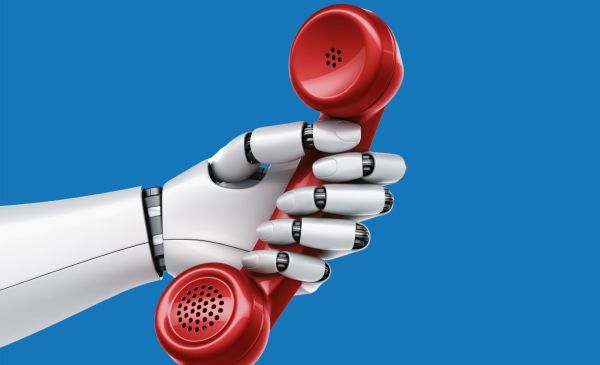 Cheap marketing tactics are either wickedly brilliant one-offs or profoundly stupid. This piece focuses on the latter. It’s amazing that today, robocalls are still seen as an effective tactic for some ‘marketers’ when positive associations are foundational to a brand’s success. But it’s not surprising. The same advances in voice over IP tech that power many modern conferencing solutions also allows for annoyance at scale.

And while you may think, “What kind of idiot would listen to a robot pitch them something?” that’s basically the idea. Robocalls are notoriously associated with politics. In 2008, Pew Research conducted a study and found that 81 percent of likely caucus voters in Iowa received a pre-recorded campaign call from your friendly neighborhood robot. In New Hampshire, 68 percent of likely voters in 2008 got a robocall. In Iowa, 44 percent of folks hung up. In New Hampshire, 46 percent usually hung up. PR Newswire did a similar study in 2010 with nearly the same findings.

In other words, as Larry Dignan says on ZDNet, “robocalling is a lot like spam. You cast a wide net and if you hook a few dummies you have a solid return on your investment.”

But those investments come with great peril and can hurt brands beyond their reputation. In 2017, a federal court ordered penalties totaling $280 million and strong injunctive relief against satellite television provider Dish Network for millions of calls that violated the FTC’s Telemarketing Sales Rule, the Telephone Consumer Protection Act, and state law. The civil penalty award included $168 million for the federal government, the largest civil penalty ever obtained for a violation of the FTC Act.

A 2012 lawsuit was brought against Resort Marketing Group, which made calls on behalf of cruise lines Carnival, Norwegian and Royal Caribbean. Apparently one customer went on a crusade and the settlement fund he established will be worth up to $12.5 million. This means each person that received an illegal robocall can file a claim for up to three calls, with a maximum payment amount of $900 per telephone number, and a legacy of negative press coverage.

A simple Google search will reveal a vast amount of robocall providers (and text ads for calling services). Some charging as little as one cent for a successful call. Others seem to be able to leave a message inside individual voicemail boxes without ever making a call (which seems about as intrusive as one can get). With the General Data Protection Regulation (GDPR) deadline fast approaching, and recent privacy scandals fresh in the minds of customers, staying away from ethically questionable practices is good advice for all brands.

But fighting ethically questionable practices can be a great way to win with customers. Sprint was praised for rolling out more robust caller identification tools to help stop unwanted calls. In a Consumer Reports article, Tim Marvin who heads up Consumers Union’s End Robocalls campaign says, “Consumers are desperate for relief from robocalls that ring day and night. Sprint deserves credit for taking the initiative to improve Caller ID technologies, a critical part of the effort to combat unwanted calls. We hope they will couple this effort with tools that automatically block calls identified as robocalls.”

It’s up to brand leaders to ensure that marketers are marketing in ways that are consistent with the brand’s culture and values. Too much technology and too much automation — especially via robocalls — makes a brand less human, less empathetic and impedes the very relationship brands and customers want.