Every true marketer has seen, or at least heard about, the famous 1984 television commercial that heralded the introduction of the Macintosh. The spot, with its distinctive Orwellian vision, is indelibly imprinted in the minds of marketers the world over. Now, for the first time, the whole truth can be told.

First of all, the commercial was not inspired by the Macintosh. In late 1982, Apple’s advertising agency, Chiat/Day, had devised a corporate print campaign for The Wall Street Journal featuring the Apple II that was designed to play off George Orwell’s totalitarian vision of the future.

“Six months before we knew about Mac, we had this new ad that read, “Why 1984 won’t be like 1984,” reveals Lee Clow, creative director at Chiat/Day. “It explained Apple’s philosophy and purpose; that people, not just government and big corporations, should run technology. If computers aren’t to take over our lives, they have to be accessible.”

The ad never ran and was filed away, only to be dusted off in the spring of 1983 by Steve Hayden, the agency’s copywriter, and Brent Thomas, the art director, who were looking for some hook to make a bold statement about the incredible new Macintosh. With considerable reworking, the Chiat/Day team put together a storyboard of the 1984 commercial they proposed to shoot.

The mini-movie would show an athletic young woman, chased by helmeted storm troopers, burst into a dank auditorium in which rows upon rows of slack-jawed, drone-like workers watched an image of Big Brother spouting an ideological diatribe on a huge screen. The heroine, wearing bright red jogging shorts and a white Macintosh tee-shirt, would smash the screen with a baseball bat (later changed to a sledgehammer for dramatic effect) and a refreshing burst of fresh air would pass over the masses as they literally “saw the light.” In the closing shot, a solemn voice would intone “On January 24th, Apple Computer will introduce Macintosh. And you’ll see why 1984 won’t be like 1984.”

After Chiat/Day advertising presented the storyboard to Apple, John Sculley was apprehensive, but Steve Jobs insisted that the Mac deserved such a radical spot. They gave the authorization to shoot the commercial and purchase time to air it during the upcoming Super Bowl.

When the rough cut was assembled, Chiat/Day proudly presented it to Jobs and Sculley. Jobs loved the commercial and Sculley thought it was crazy enough that it just might work. In October, the commercial was aired publicly for the first time at Apple’s annual sales conference in Honolulu’s civic auditorium. The 750 sales reps went wild when they saw the piece.

Jobs and Sculley clearly thought they had a winner on their hands, so in late December, they asked marketing manager Mike Murray to screen the commercial for the other members of Apple’s board of directors: A. C. “Mike” Markkula Jr. (Apple founder), Dr. Henry E. Singleton (Teledyne founder), Arthur Rock (venture capitalist), Peter O. Crisp (managing partner in Rockefeller’s Venrock Associates), and Philip S. Schlein (CEO of Macy’s California).

When the lights came back up after the spot played, the room on De Anza Boulevard was silent. Schlein was sitting with his head on the table. Markkula stared in amazement. Murray thought Markkula was overcome by the wonderful commercial until he broke the silence to ask, “Who wants to move to find a new agency?” Sculley recalls, “The others just looked at each other, dazed expressions on their faces…Most of them felt it was the worst commercial they had ever seen. Not a single outside board member liked it.”

The board hadn’t demanded the commercial be killed, nonetheless Sculley asked Chiat/Day to sell back the one and one half minutes of Super Bowl television time that they had purchased. The original plan was to play the full-length,60-second 1984 spot to catch everyone’s attention, then hammer home the message during a subsequent commercial break with an additional airing of an edited 30-second version.

Defying Sculley’s request, Jay Chiat told his media director, Camille Johnson, “Just sell off the thirty.” Johnson laughed, thinking it would be impossible to sell any of the time at so late a date, but miraculously, she managed to find a buyer for the 30-second slot. That still left Apple with a 60-second   slot for which it had paid $800,000.

Perhaps seeking to cover himself in the event the commercial flopped, Sculley left the decision of whether to run 1984 up to William V. Campbell (VP of marketing) and E. Floyd Kvamme (executive VP of marketing and sales). If they couldn’t sell the Super Bowl minute and decided against airing 1984, the backup plan was to run Manuals, a rather straightforward product-benefit spot which challenged   viewers to decide which was the more sophisticated computer: the IBM PC, with its huge pile of documentation that came crashing down beside the computer, or the Macintosh, with its light-as-a-feather user’s guide floating to rest next to the mouse.

Still pushing for 1984, Jobs sought the support of Steve Wozniak, who normally didn’t like to get involved in such political issues. Recalls Wozniak, “One evening I was over at the Macintosh group, which I was about to join, and Steve grabbed me and said ‘Hey, come over here and look at this.’ He pulled up a 3/4-inch VCR and played the ad. I was astounded. I thought it was the most incredible thing.

Then he told me that the board decided not to show it. He didn’t say why. I was so shocked. Steve said we were going to run it during the Super Bowl. I asked how much it was going to cost, and he told me $800,000. I said, ‘Well, I’ll pay half of it if you will.’ I figured it was a problem with the company   justifying the expenditure. I thought an ad that was so great a piece of science fiction should have its chance to be seen.”

Campbell and Kvamme threw caution to the wind and decided to run the 1984 commercial after all, kicking off a $15-million, 100-day advertising blitz for the Mac. Fortunately for Wozniak, Jobs didn’t take him up on his offer to pony up half the cost. On January 22, 1984, the controversial commercial aired to   an audience of 96 million early in the third quarter of Super Bowl XVIII, in which the Los Angeles Raiders defeated the Washington Redskins 38 to 9 in Tampa Stadium.

Any apprehension Apple may have harbored regarding 1984 disappeared seconds after the spot ran. Switchboards immediately lit up at CBS, Chiat/Day, and Apple with calls demanding to know, “What was that?” Love it or hate it, the commercial demanded attention and sparked widespread controversy. It would ultimately garner an estimated $5 million in free publicity; all three television networks and nearly 50 local stations aired news stories about the spot, most replaying it in its entirety, and hundreds of newspapers and magazines wrote about the phenomenon.

Rob Siltanen offers another real world example of iconic advertising courtesy of Apple. Rob was the copywriter behind the ‘Think Different’ campaign and shares this behind the scenes look at its creation.

The Future Of Marketing 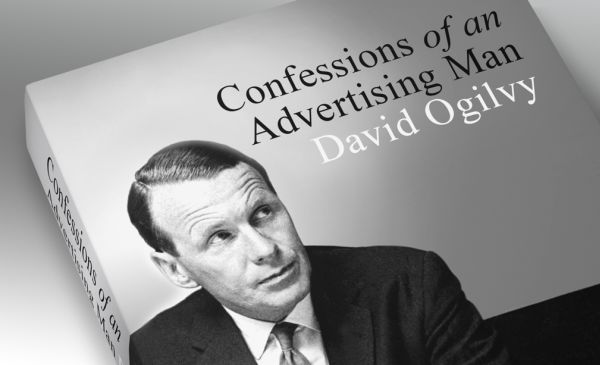 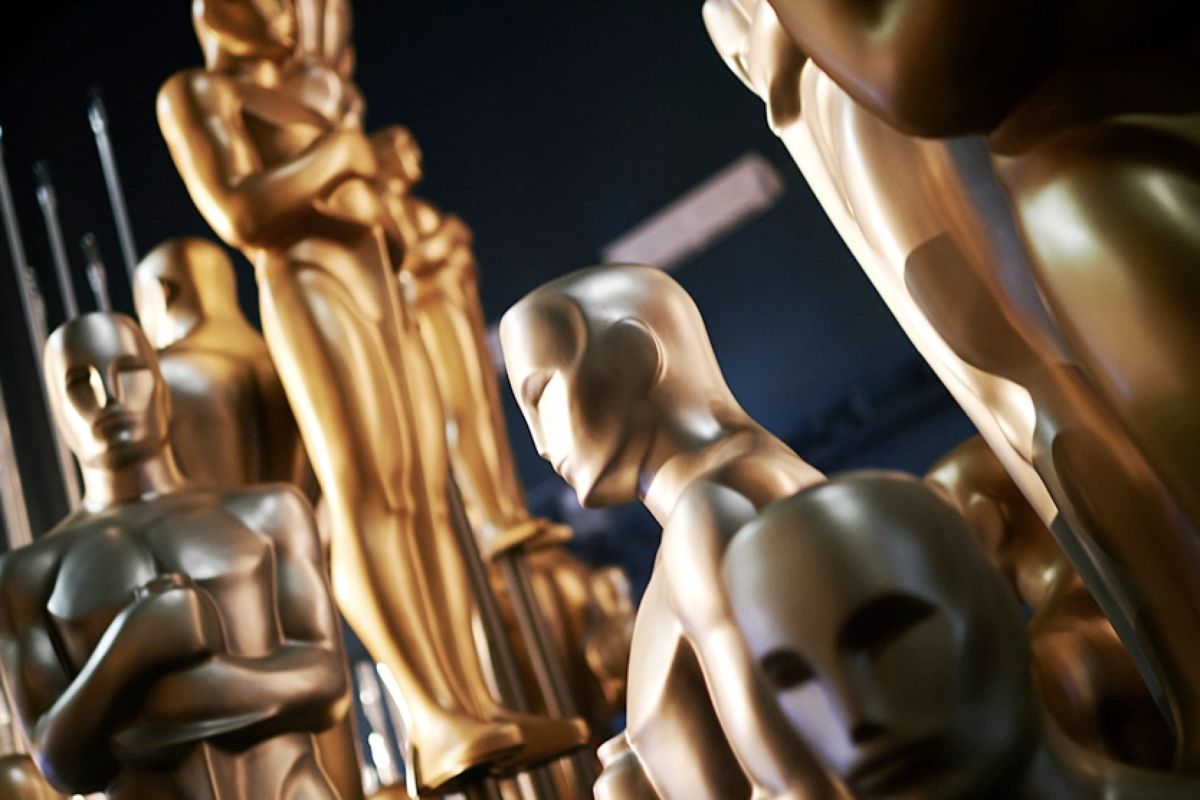 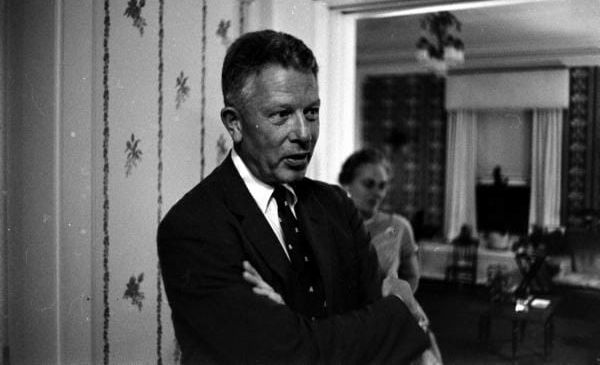