Brand voice is one of the most important, genuine and strongest articulations of what we call Brand.

Brand voice is where we not only state our beliefs, but what we say and where we say it reveals our personality: clever, serious, funny, witty, grave, academic, smartass, deadpan, corporate, et al. We are all the colors of the sea.

We are all well-acquainted with how Nike, Samsung, Apple, Coke and other Big Brands voice their global ideas. But here are others, including some newcomers, who might be re-inventing the ways we read, listen and hear things in the future. 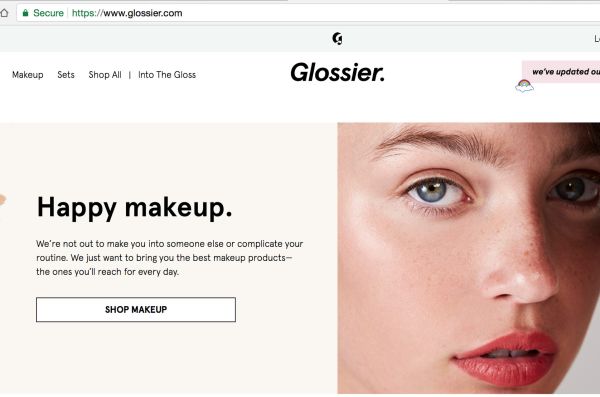 Beauty company Glossier translates their hair, skin care and other products into an articulate vision for the modern woman. This is competitive turf, but Glossier has discovered their own place in the universe.

The core of Glossier’s success is their brand voice (they just received their second round of funding), which speaks from an insight gleaned by Glossier founder Emily Weiss–that all women have a beauty routine, but they just don’t like to talk about it. Uncovering that truth in the age of transparency has made all the difference for Glossier, whose blog features real women exposing their down-to- the-details routines for skin care, acne, hair styles, exfoliating, you get the picture.

Glossier’s unique brand voice matches its unique product selection. Speaking openly about their personal rites, makes outer beauty an experience that reveals each individual’s inner beauty. This transforms Glossier into an intensely personal experience, rather than just a transaction. 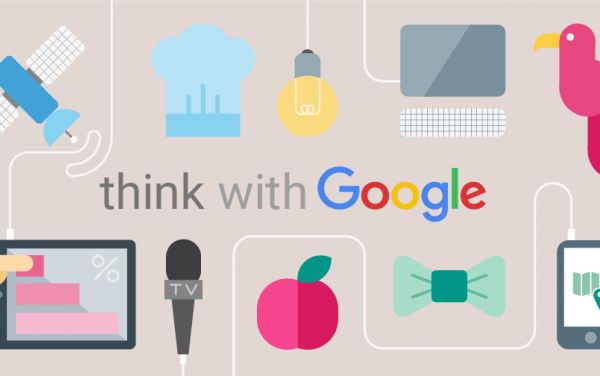 Think With Google, an online offering from Google to help people break down just how Google works and understand how their brands might participate, looks like a high-end Stanford tutorial. The voice is friendly, erudite, academic. Thoughtful.

Google reminds us that Brand voice can be expressed without words. The simple illustrations for Think With Google are as clean and friendly as a software app. The Think With Google design language communicates purpose, values, and personality.

Here’s another way to look at brand voice.

Direct marketing mailhouses have traditionally been staid B2B empires, but MailChimp, an email marketing platform that serves 15 million customers, has embraced its reason for being by hiring award-winning advertising agency Droga5 to help them underscore their existence.

MailChimp believes that creativity drives business, so they were inspired to play with their brand voice by creating a series of jolting cultural interventions that included creating a new brand of potato chips (FailChips), starting a fashion trend (NailChamp) and making short films about singing sandwiches.

Smartbox retailer Birchbox breaks the fourth wall with a subtle message to their User. Rather than using a conventional address line, the online fashion retailer that fulfills via mail helps make their customer and themselves just a little more special by adding adjectives next to the customer’s name. Not just “Jane,” but “The Tranquil Jane,” “Pretty Amazing Jane” and other BFF descriptors designed to make someone’s day when their order arrives.

It’s all in the voice.

Probably no executive expressed ‘brand voice’ as literally as former T-Mobile CEO John Legere. The selfie-described “magenta-wearing, customer-loving” executive claims over 6.1 million followers on Twitter and sports his own emoji.

Mostly, Legere snarked at rival Verizon on Twitter. But he also hosted a cooking spot on Facebook each week. Since taking the lead spot at T-Mobile in 2012, Legere filled his closet racks with magenta-colored shirts, shoes, scarves, pants and jackets.

He was literally an embodiment of the T-Mobile brand. What other CEOs live their brand?

Brand voice can also be communicated via images, architecture, sound, smell and other sensory executions. The New York Times, Vogue, even AirBnb differentiate themselves with imagery that can be dramatic, playful, killer. 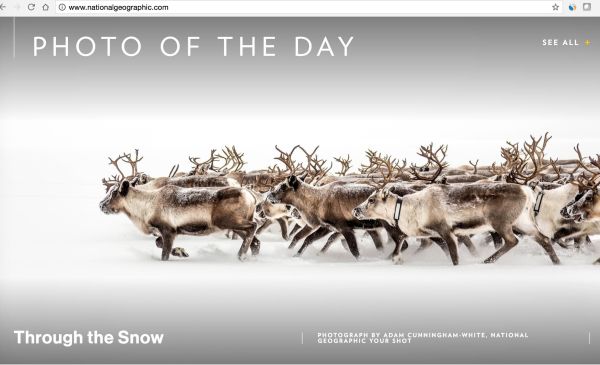 In a snap, we know it’s National Geographic, not Buzzfeed.

Since its founding by Yves Chouinard, Patagonia has been the voice of Planet Earth. So it’s no surprise and totally purpose-driven to find a request to help save US wilderness areas on the company’s home page. And pleas to help save honeybees in company emails. 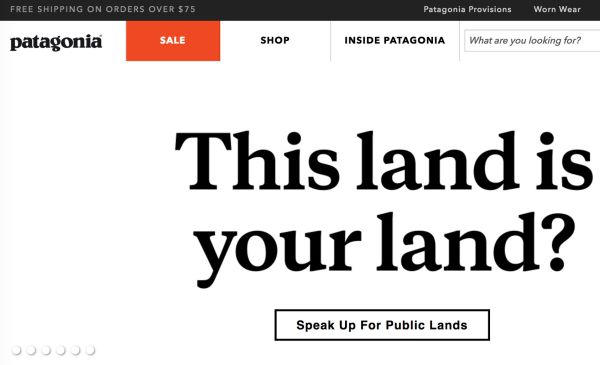 On the other side of the spectrum, Athleta is built to sell sell sell. (Athleta and Old Navy are the sales engines behind Gap these days.) So it’s no surprise to find an explanation of the functional qualities of Athleta brand fitwear on their pages.

More corporate-speak and ‘big campaign’ than brands mentioned elsewhere, the voice sounds less like any woman we know.

Today, the brand tonality of emojis and AI personalities like Siri, Alexa, Cortana, Bixby can even be personalized (somewhat) with British accents, skin tones, etcetera, to fit your human type. What if, in the future, thanks to AI personalization, brand copywriting and voicing is “sized” to speak your own vernacular? Hey, Bro!

Can a city have a brand voice? Yes, and thanks for asking. 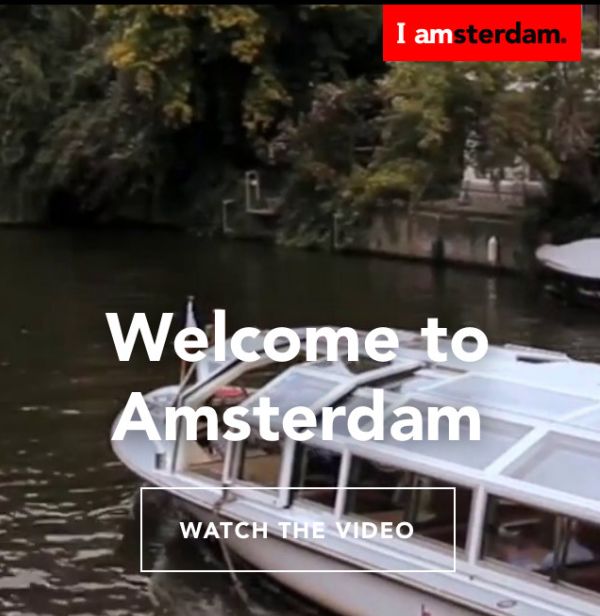 The official guide for Amsterdam mouths what a city built precariously at sea level should say, “Welcome.”

Each of us is trying to become our own true best self. It’s no difference for brands.

The voice of the community helps us to gain intention, aspires, and propels our forward vision–and ultimately celebrates that which we want most on this earth: to belong somewhere, with people like us.

Each of the companies, products and services mentioned above articulate distinct, differentiated messages in videographers, web designers, design language, bloggers, graphic design, art and photography, colors, tone of voice or in the images used.

Their content developers may be various, but each has a single-minded focus that keeps them sending out their own distinct beacon to attract fans, followers and influencers, and surround themselves with a thriving, engaged, passionate community.

It’s when the person out there listening knows that it’s you sending the signal.

How Sustainability Results In Competitive Advantage 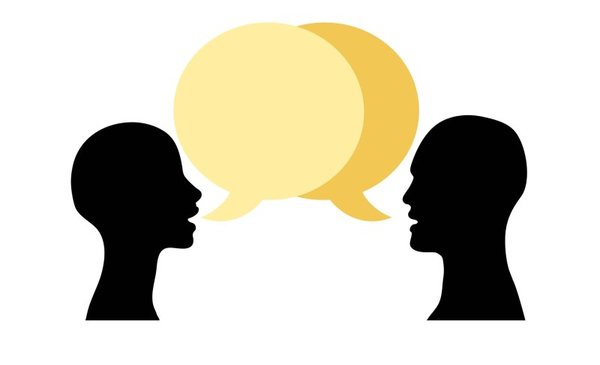 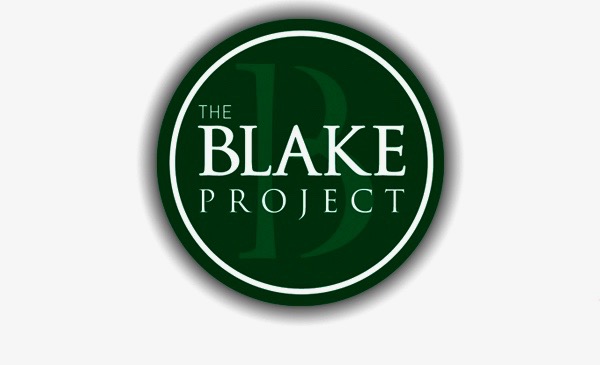 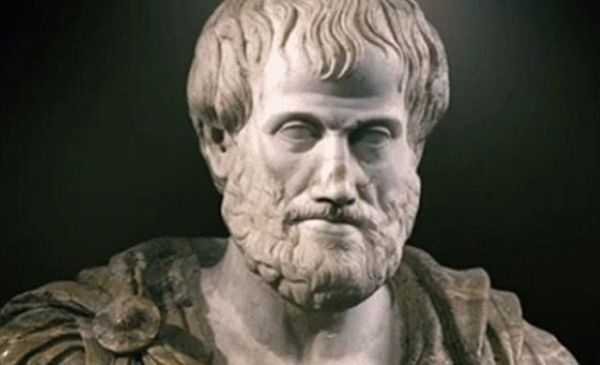