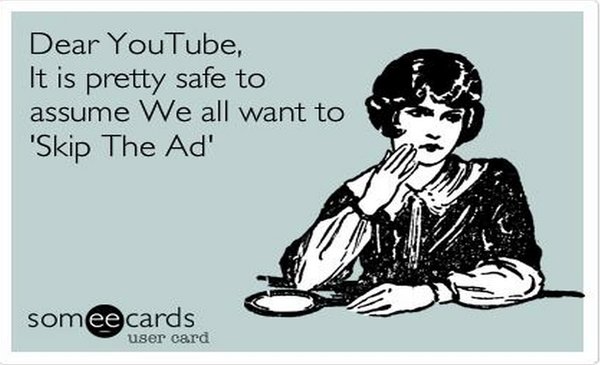 The story of marketing communications is a cat and mouse game between two opposing forces.

On the one hand we have the various advertising media that, at any one time, carry the persuasive messages of brands. On the other, the concerted attempts of consumers to screen out these messages as much as possible. On the marketing side we call this evasive activity ‘ad avoidance’. On the consumer side they call it ‘having a life’.

There is no prescribed moment when ad avoidance actually began but we can probably assume it started about 20 minutes after the invention of advertising. The methods used to avoid ads can vary from high tech to the very basic. During the late 20th century, for example, the National Grid actively monitored the so-called ‘TV pickup’ that occurred when millions of British households encountered the first TV ad at the end of their scheduled program and headed, en masse, to the kitchen for a brew.

With the advent of the digital diaspora the likelihood of two million kettles being turned on simultaneously has lessened. But we are no more immune to the effects of ad avoidance today than we were 30 years ago. Both advertisers and avoiders have evolved in parallel. Specifically, it’s the new breed of ad blocking software that will surely become the big issue for marketers over the next few years.

Ad avoidance software – offered as a free download under brand names such as AdBlock Plus and Adguard – can systematically turn off unwanted auto-playing videos, on-screen ads and pop-ups. That’s attractive to consumers not only because it cleans up and optimizes browsing but it also speeds the surfing experience too.

Click on a typical magazine link and you’re likely to download about 10KB of article and 5MB of ‘bloat’ – the popular term to encompass all the unwanted content that is piled on and around the wanted stuff. Bloat slows down a consumer’s device, costs them money to download, and often obscures and diminishes the browsing experience. Even in the worst days of TV, the commercials might have annoyed consumers but they did not impact the weekly dose of their favorite program or charge them money for the privilege. 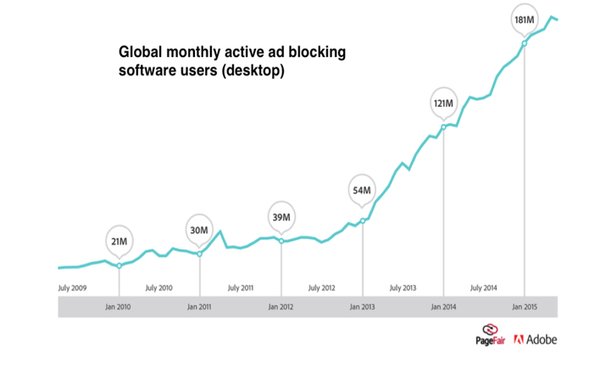 No surprise, then, that the uptake of ad blocking software is on the rise. The third annual report from PageFair and Adobe, published last week, revealed these eye-opening stats:

What makes the remarkable growth figures even more concerning is the upcoming launch of Apple iOS9 in September. Thus far, mobile browsing has been virtually immune to ad blocking with almost all of it occurring on desktops. But with iOS9, app developers will be able to create effective ad blocking software on Apple devices. With smaller screens, more intrusive ads and shorter battery life, the benefits of ad blocking on mobile platforms don’t just match those of desktop browsing, they vastly exceed them. 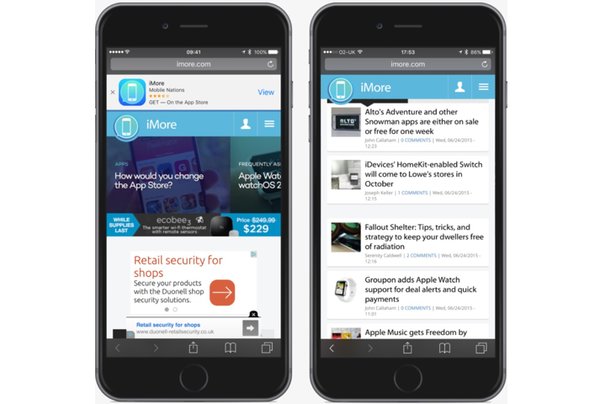 Two further factors will drive the rapid increase in digital ad avoidance over the next two years. First, as the pool of avoiders grows, the relative targeting of those left to view online messages will only increase. It is a counter-intuitive but age-old pattern. As attention and eyeballs diminish as a result of annoying advertising, advertisers double down and annoy the remaining audience even more. Ad avoidance will also be driven by the growing competition among browser brands for global dominance. The reason Google Chrome continues to offer ad blocking apps that, ultimately, cost its advertising business billions in lost global revenues is because it has to. With competitors such as Safari and Edge snapping at Google’s heels, the lack of superior ad blocking options would  be enough to send users elsewhere if it didn’t provide the apps.

Just as more marketing spend is allocated to digital media, we are about to enter an unprecedented period of advertising avoidance. Never before has marketing been so unlimited in the scope and scale of clutter that it can bake into its digital messages. Never before has the consumer had access to such immediate and effective filtering tools. The stage is set for a brand new match in a tournament as old as marketing itself: advertisers versus avoiders. Here we go again.

A Marketer's Guide To Trademark Protection

Taking A Brand Beyond Commodity Status