Let’s address the elephant in the room that appears when we talk about the global energy company BP: the tragic Deepwater Horizon incident and the 2016 Hollywood movie of the same name that describes itself as “based on true events.” The movie generally sticks to what actually happened on April 20, 2010, when an oil rig owned by BP exploded in the Gulf of Mexico, killing eleven people, injuring many more, and creating an environmental disaster of epic proportions. The filmmakers’ focus primarily on the oil rig workers and the spill’s impact on their lives and the environment turns the audience against BP, by revealing in the epilogue that not a single employee of BP or Transocean, the private contractor operating the rig, were ever prosecuted for their involvement in the disaster.

While BP never faced any criminal charges, the company did not get off scot-free, either. BP eventually paid a $20 billion settlement for the environmental toll and another $4 billion in a criminal probe.

Additionally, BP now had a severely damaged reputation in the eyes of consumers. This event is an example of how extraordinarily challenging it is for a company—especially a company as large in scale and scope as BP— to take on a dramatic shift, and more specifically, to take an intellectual brand concept and try to shift it into a business  strategy.

BP’s intention relative to this shift was extremely laudable and forward thinking. It was the first big oil company to acknowledge the link between man-made carbon emissions and global warming. However, it made a fundamental mistake in delivering on its new promise. BP wanted to expand its purpose into supplying new environmentally friendly energy solutions. BP made the change to give itself an edge over other oil companies, to prepare for a future without oil dependency so that BP stays relevant, and to “gain a seat at the table” when environmental regulations increase.

In the spirit of transparency, we begin the story of BP’s shift in direction by saying that the company I worked at, Landor Associates, helped BP with this program, and Tina Orlando was one of Landor’s clients at BP during this time.

In the late 1990s, BP’s CEO, Lord John Browne, came up with the idea to forge a new kind of company around the merger of several well-established brands, chief among them British Petroleum, Amoco, Castrol, and parts of major oil and gas companies such as Mobil and Arco. Browne charted a course for how the new direction should be communicated both internally—to BP’s thousands of global employees—and to the external markets through powerful branding and marketing. Browne did not want BP to be seen as merely one of the best petroleum companies in the world; management wanted BP to be known as one of the best companies in the world.

We begin with a condensed passage from Lord John Browne, the former BP CEO, taken from his 2015 book, Connect: How Companies Succeed by Engaging Radically with Society:

In 1997, I was the first big oil chief to acknowledge the link between man-made carbon emissions and global warming. I believed that oil companies, or at least BP, could no long deny the problem. It was the realization that Big Oil must move towards a low carbon world that motivated me to change the firm’s tagline to Beyond Petroleum.

His idea was to move from being driven by the traditional physical assets of a petroleum company to using knowledge and innovation to create future value beyond petroleum. Through its work with agencies Ogilvy & Mather and Landor, the “beyond petroleum” concept was meant to be much more than a tagline. It was to be a North Star, a clear direction for all of the company’s initiatives. Browne wanted BP to be known as the first mover in the energy category in terms of grasping the implications of climate change, and he wanted to demonstrate that the company was able to do something about it. The now-famous yellow and green Helios logo, the evocative representation of the “beyond petroleum” brand idea, signaled BP’s determination to be differentiated from its competitors, at the same time highlighting its overarching mission to be a leading energy solutions provider and a good global citizen. Internal brand experience sessions were organized to help the new BP’s tens of thousands of employees understand this new mission and their role in bringing it to life.

The problem for BP was that it was so anxious to get the word out and to be seen as the first mover among energy companies into this non-carbon-based world that management forgot to equip the company to actually make the move. It became a branding activity without the substance to deliver upon the promise being made.

According to Orlando, “The internal and external brand engagement activity continued for years after launch. Internally we were up against the complexity of integrating, culturally and operationally, up to five different companies . . . and multiple internal business units, trying to get them all aligned around something that was new to every- one. It was especially hard for the 50 percent of them who were legacy BP people. Here’s one of the biggest industrial companies in the world deciding to make a significant shift in what they stood for. The number of people that we needed to reach was massive. In theory, creating a new idea everyone could rally around was good. It was the right theoretical answer. This indicated the dawn of a new era for the company, which believed that the oil and gas industry had a new level of responsibility. They had to change, the old way of operating being no longer acceptable.” The problem was that they spent more time telling people, inside and outside the company, that they were changing than they did actually changing.

To say that a lot of competing energy companies were shocked at BP’s new branding strategy, let alone the business and policy challenges it would bring, was an understatement. “They called it ‘leaving the church,’” Orlando said. “It was obviously a deeply aspirational idea. But the notion of being ‘beyond petroleum’ for an oil and gas company was inherently a paradox. It was easy for investors not to understand it. Analysts’ initial response to Browne was that he couldn’t ignore his core hydrocarbon income stream. I think it gave those in the industry and on Wall Street an opportunity to doubt and to question. Looking back, the use of this audacious idea was probably a good thing. But the brand idea was complex, it was greater than the sum of the parts.

“The tangible delivery of the idea, being able to drive ‘beyond petroleum,’ was even more complex,” said Orlando. “It was hard enough to explain, and it was going to prove exponentially harder to do. You told people you were going to move to something new, but it was so difficult to fully define what this new was, and while there were pockets of examples across the business, it wasn’t standard practice everywhere. It was subject to huge interpretation. You can have the best brand idea in the world, but people didn’t get how to operationalize it, and it was hard to standardize at scale. Even though we communicated our approach as ‘It’s a start’ in advertising campaigns, we had raised expectations to the point where stakeholders were looking for the complete package, fully baked and ready to go. The reality is, it takes years for any company to achieve a change on this scale. That said, the company received multiple awards and accolades for the brand, it gained huge traction in numerous rankings and was the leading industry brand for several years after launch.” Ultimately, the expectations it created were not met.

“If you’re setting up expectations for a new company direction, remember—it’s got to be balanced with the industry you’re in and the public perceptions of the industry,” said Orlando.

“BP was trying to do something new and be responsible and engage with society in a way no energy company had ever done before, but they almost got punished for it because the perception by some was that it was disingenuous, especially around the notion of trying to be green or greener. They devoted lots of time and resources over many years to provide concrete examples of behavior, initiatives, funding, positions, and policies that backed up ‘beyond petroleum.’”

But it was too late. To have to go into the nuances and complexities of turning an oil company into a business promising to go “beyond petroleum” was daunting. New technology, expertise, and culture had to be created. Eventually, reality set in and due to the confusion, BP eventually moved away from the “beyond petroleum” concept. The CEO who inspired and drove the brand left the company in 2007. This change in leadership significantly stalled the momentum that had been built over the previous seven years; the commitment wasn’t there any longer at the top to the continue supporting and investing in the brand. The lesson, from which all companies can learn, is that you cannot make a promise unless you are ready to deliver on that promise. BP is still paying the price of a broken promise, both financially and from a brand equity point of view. The positive news is that in looking at available data, even though BP went through this tremendous challenge, in general the brand is still leaps and bounds ahead of other energy companies in green initiatives. In taking on such a bold shift in ideas—going from fossil fuel to non-fossil fuel—the company definitely did many things right. Some of it may eventually pay off.

In his book, Brown remarks:

In hindsight, this went further than the public would accept. It was a mistake to push so hard. Beyond Petroleum should have been a subheading, not a main line. The renaming symbolized the shortcomings in our climate strategy. In essence the company had gotten ahead of itself and beyond where the industry and government were willing to go at that time. Beyond Petroleum was never meant to be literal—not yet, anyway—but there was still too much of a gap between the aspiration and the reality, which I now regret. The actions we took were bold, but they could have been bolder. Ultimately that was my fault, and the barriers I failed to overcome provide a useful lesson for today’s CEOs as they attempt to shift ahead.

Here’s an additional viewpoint on BP’s positioning and its contrast to Exxon.

Contributed to Branding Strategy Insider by: Allen Adamson and Joel Steckel. Excerpted from their book Shift Ahead: How The Best Companies Stay Relevant In A Fast Changing World

The Blake Project Can Help Your Create A Bigger Competitive Future. Email us for more about our purpose, mission, vision and values and brand culture workshops.

Reviving Toys “R” Us With A Combination Branding Strategy

The Brand Strategy Of Happiness 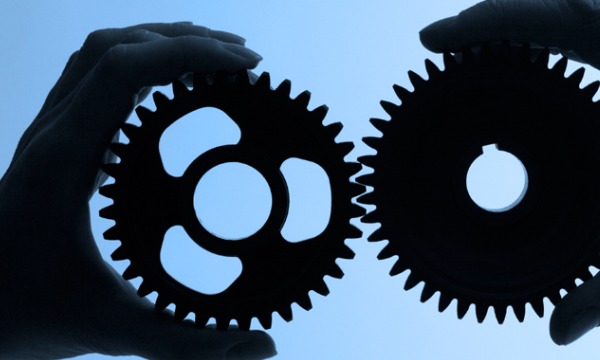 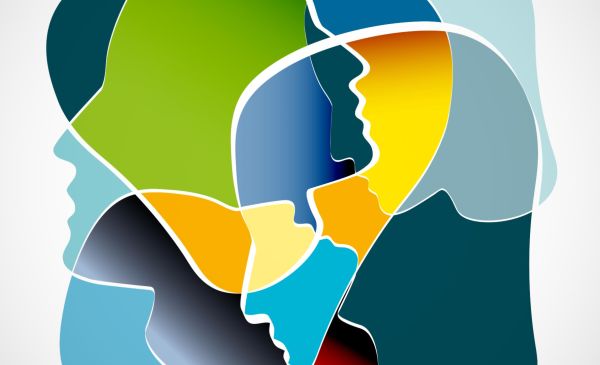