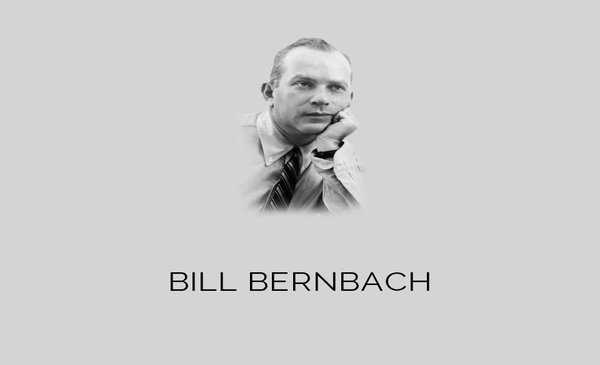 It all began with this letter. Written 60+ years ago by a young copywriter/creative director to the owner of the big ad agency he worked for. It dealt with a philosophy that would be central to him throughout his career and would forever change the world of advertising. His name was Bill Bernbach.

His letter was met with no more than lip service by those who first read it. But Bill was a visionary, with a visionary’s zeal. And he was a worrier. That combination was the driving force behind of the opening of his own agency two years later.

In the past year I must have interviewed about 80 people – writers and artists. Many of them were from the so-called giants of the agency field. It was appalling to see how few of these people were genuinely creative. Sure, they had advertising know-how. Yes, they were up on advertising technique.

But look beneath the technique and what did you find? A sameness, a mental weariness, a mediocrity of ideas. But they could defend every ad on the basis that it obeyed the rules of advertising. It was like worshiping a ritual instead of the God.

The danger lies in the temptation to buy routinized men who have a formula for advertising.  The danger lies In the natural tendency to go after tried-and-true talent that will not make us stand out in competition but rather make us look like all the others.

If we are to advance we must emerge as a distinctive personality. We must develop our own philosophy and not have the advertising philosophy of others imposed on us.

Let us blaze new trails. Let us prove to the world that good taste, good art, and good writing can be good selling.

Excerpted from “Bill Bernbach’s Book: A History of Advertising That Changed the History Advertising” © by Evelyn Bernbach and Bob Levenson.