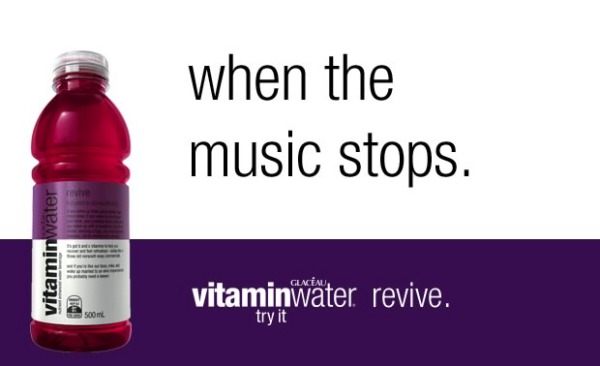 In recent brand research, the brand representations and associations in our memory, or ‘somatic markers’, have been linked to ‘memes’. Memes are the cultural equivalent of biological genes. Just like genes, they are replicators and jump from brain to brain. Everything we have learned from someone else, whether it’s a story, fashions, ideas, tunes, a brand or a product is a meme. Our own brand associations are constantly infected by the associations of other people and we infect the memes of others. Memes can propagate themselves and are passed on by replication or imitation.

To illustrate brand memetics let’s use Coca-Cola’s Vitaminwater as an example. Coke bought the brand in 2007, but in 2009 Vitaminwater’s sales volume slipped 22 per cent as a consequence of the recession. Price-conscious college students and Gen Y’s young professionals traded down to tap water or sodas. To respond to this market situation, Vitaminwater used the memes ‘nutrients’ and replenishing fluids or ‘hydration’ in their campaigns. The TV commercial ‘Epic Night’, featured a young male getting knocked on the head with a hammer, while a voice-over asks, ‘Have you ever woken up on the wrong side of the bed? Your brain’s throbbing and your face is in a pile of nachos?… Vitaminwater’s purple “Revive” has B vitamins and potassium that will help rehydrate after epic nights.’ The use of these memes will increase the differentiation and uniqueness of Vitaminwater compared to tap water or sodas. The new metallic bottle label with a nutrient matrix, an enlarged box highlighting the vitamins and minerals inside Vitaminwater, will also have a memetic effect. Competitor Gatorade (a brand of PepsiCo) is using completely different memes that are not asso­ciated with hangover relief. They focus on ‘athletic performance’.

In Charles Darwin’s description of evolution the process of ‘natural selection’ indicates that the fittest species will have the most progeny and become more prominent in future generations. The idea in memetic theories is that both genes and memes have a direct relation to brands and brand management. Memes that eventually dominate will be the ones that were reproduced the most, because they express traits that are ‘the fittest’ for the environment. Successful brands will ensure their existence through possessing winning memes. Brands that satisfy more customers will tend to increase their presence in a competitive market. Sometimes this requires product development and differentiation. To enhance further growth in China, Sprite’s biggest market in the world, the brand launched Spritea. The tea-flavored carbonated beverage is only sold in Asian markets where both Sprite and green tea are very popular drinks. Sprite is the leading carbonated soft drink brand in China, outselling even the Coke brand. The ready-to-drink tea consumption in China has increased by more than 30 per cent annually in recent years. To fit with this environment Sprite needed to adapt the green tea meme. To support the spreading of the meme, Spritea will be sampled across China, providing 15 million free drinks to domestic consumers. Jay Chou, a popular Taiwanese musician and actor stars in the new TV commercial for Spritea.

Brands targeting Gen Yers often have to adapt to a changing environment, because youth’s consumer behavior is more affected by trends. In the denim market, for instance, the premium designer jeans trend changed the environment for the more democratic labels such as Levi’s. Levi Strauss & Co has recently hired executives from competing designer labels such as Ralph Lauren and 7 For All Mankind to improve its fashion credibility. In 2009, the brand created a super-premium division called Levi’s XX. It also offers a premium denim line with better fabrics and fit called Made & Crafted which is sold through upscale retail outlets such as Saks Fifth Avenue and Barneys New York. Another premium sub-brand is Levi’s Vintage clothing, offering reproductions of the brand’s historical archives. Although the ex­pensive jeans will only take up a very small part of Levi’s business, investing in the premium meme is important to fit with the new denim environment and radiate a credible halo over Levi’s brand name.

When brands miss out on changing memes in the environment, this might lead to dramatic business results. For example, in the second half of the 1970s market leader Adidas neglected the running and jogging meme among casual users although they had a strong presence in running among athletes. Nike was more sensitive to the growing interests and needs of jogging participants and surpassed Adidas. Ten years later the highly successful brand Nike failed to recognize another meme, the fitness and aerobics craze among women. Competitor Reebok introduced comfortable athletic footwear in soft, pliable leather and a variety of fashionable colors. Style-conscious consumers suddenly switched to Reebok whose sales went up from $35 million in 1982 to $300 million in 1985.

Just as errors happen during DNA replication, meme mutations can also appear during reproduction. The theory of brands acting as memes gained attention during the first decade of the new millennium following the rise of viral marketing. New technologies such as the internet and mobile phones facilitate meme reproduction at a much faster pace. But they can also create the so-called ‘doppelganger image’ when consumers spread off-strategy brand messages. The many spoof movies and parodies on YouTube can be seen as examples of meme mutations.

Why Cities Dominate The Marketing Landscape