Like many large brands, McDonald’s has a charitable foundation that supports causes around the world. A few years ago in Argentina during their annual day of giving, called McHappy Day, they got an unexpected boost from their biggest competitor, Burger King.

McHappy Day supported the fight against childhood cancers by donating all of the proceeds of Big Mac sales during the day. On that day, Burger King decided not to sell any Whoppers, instead referring people to McDonald’s to help them raise as much money as possible. The celebrated “Day Without Whopper” campaign stunt in Argentina, featured the Burger King himself, walking into McDonald’s to the delight of surprised onlookers.

Speaking to The Drum, Lucina Cabrejas, marketing director at Burger King Argentina commented, “It was incredible to see how surprised guests were. But at the same time they took the invitation and the experience very seriously. Some crossed to our competition getting involved with the cause and others stayed in for a different sandwich. At the end of the day the message reached everyone.” 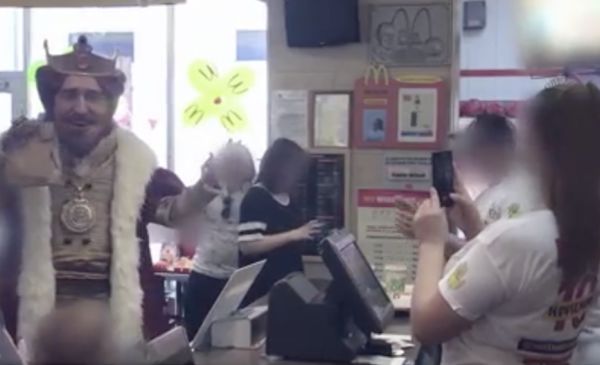 “The first reaction of the customers at McDonald’s was ‘what the hell?’” said Joaquín Cubría, executive creative director of David Buenos Aires, the agency behind the campaign. “If you listen closely in the beginning of that scene a kid asks ‘What is the King doing here?’ But then everyone applauded the King’s support. By the way, that’s something that child will never forget. Customers at Burger King were also shocked by the proposal. They mostly went from ‘This joke isn’t funny at all,’ to, ‘ok, it’s cool that the brand puts differences aside to help’.”

In his piece called Defining Brands by How They Make a Difference, Paul Friederichsen says, “We see a growing trend in this area, as brands must recognize that in the face of growing challenges, it is no longer enough to provide a quality product or good service. Brands must also provide evidence of a “higher calling”—a desire to build a legacy—their legacy.”

1. It can help reinforce there is a higher calling for the brand, beyond making money. Remember that Tesla removed their patents with Elon Musk saying, “Tesla Motors was created to accelerate the advent of sustainable transport. If we clear a path to the creation of compelling electric vehicles, but then lay intellectual property landmines behind us to inhibit others, we are acting in a manner contrary to that goal.”

2. It makes the brand seem more human. We often write about how brands need to be more human. And while being more human can manifest in many different ways, it’s much more then defining personality traits and changing the style of communication. It’s about actions. We’ve seen examples of brands, led by charismatic CEOs, dialing up their business and social ethics to make principled stands for issues which lack leadership.

3. It creates an opportunity for reciprocity. Helping your competition might create an implied social contract, if not between brands, out there among customers who pay attention. Gnacio Ferioli, one of the executives behind the Burger King campaign says, “And we love the fact that asking people to buy from our competitors is the kind of thing that Burger King can do for McDonald’s but could never happen the other way around. It is simply a matter of brand personality. We have a client that’s willing to take risks even if it means losing some profit in the process,” I have to wonder, why not?

The Blake Project Can Help: Get actionable guidance from the experts on Brand Differentiation and Growth strategy.